Submitted by Wildrunner on 15 November 2019

With just 2 weeks to go until Ultra-Trail Cape Town 2019, plenty of eyes are on announcements of international elites lining up to tackle the 100km event. It’s no secret that Courtney Dauwalter is heading this way, and on a good day she could well challenge the men’s field. Courtney hails from the US, and has podium finishes at the likes of UTMB and the MOAB 240 race, where she crossed the line first overall after 2 days, 9 hours and 59 minutes, 10 hours ahead of the second place runner. Lucy Bartholomew, Western States champ in 2018, is returning to defend her 2017 UTCT title, and she describes a visit to Cape Town as “coming home”.  French ultra-runner, Francois D’Haene is also making his way to our 'flat' rock, and the names keep coming.

But we know that our locals are going to line up with every intention of giving these visitors a few surprises. 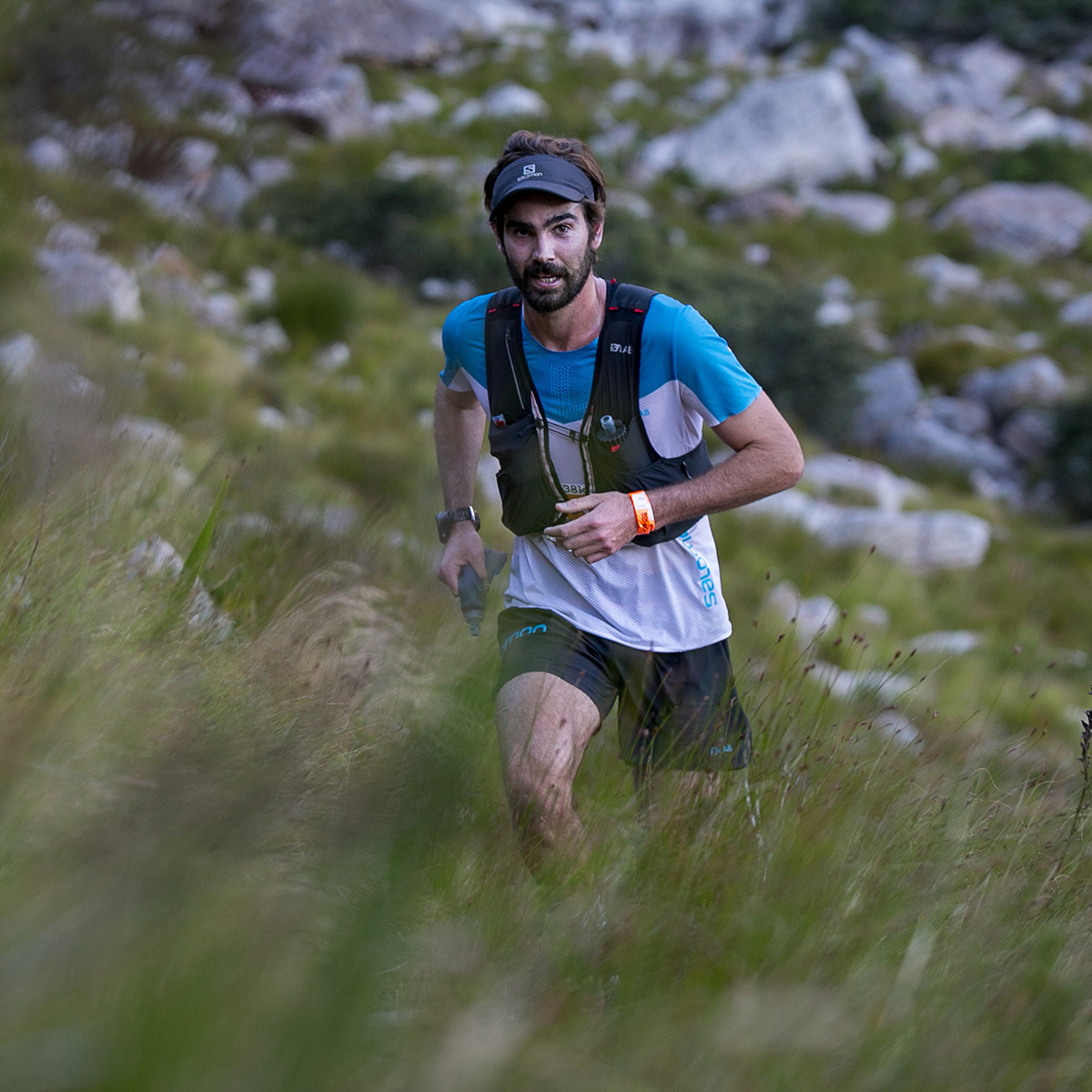 Cape Town’s marathon distance trail champion Kane Reilly has entered the 100km, a somewhat surprise entry as the 100km distance is out of his comfort zone. With a number of first places in 2019, the Two Oceans Trail Run, Fisherman’s Trail Challenge, SA Trail Champs and the Three Peaks Challenge where he broke the course record, Kane also claimed second place at Otter African Trail Run.

“I’ve always been intrigued with the idea of running longer distances, as I am with running vertical kilometres; I am just looking forward to a new experience. Being a Cape Town local through and through, UTCT is a race with huge significance to me and a race that I’ve been dreaming of running for a few years now,” he said.

“I am more of a marathon distance runner and racing the100km distance is going to be completely new to me, but I have always loved spending long days in the mountains.” 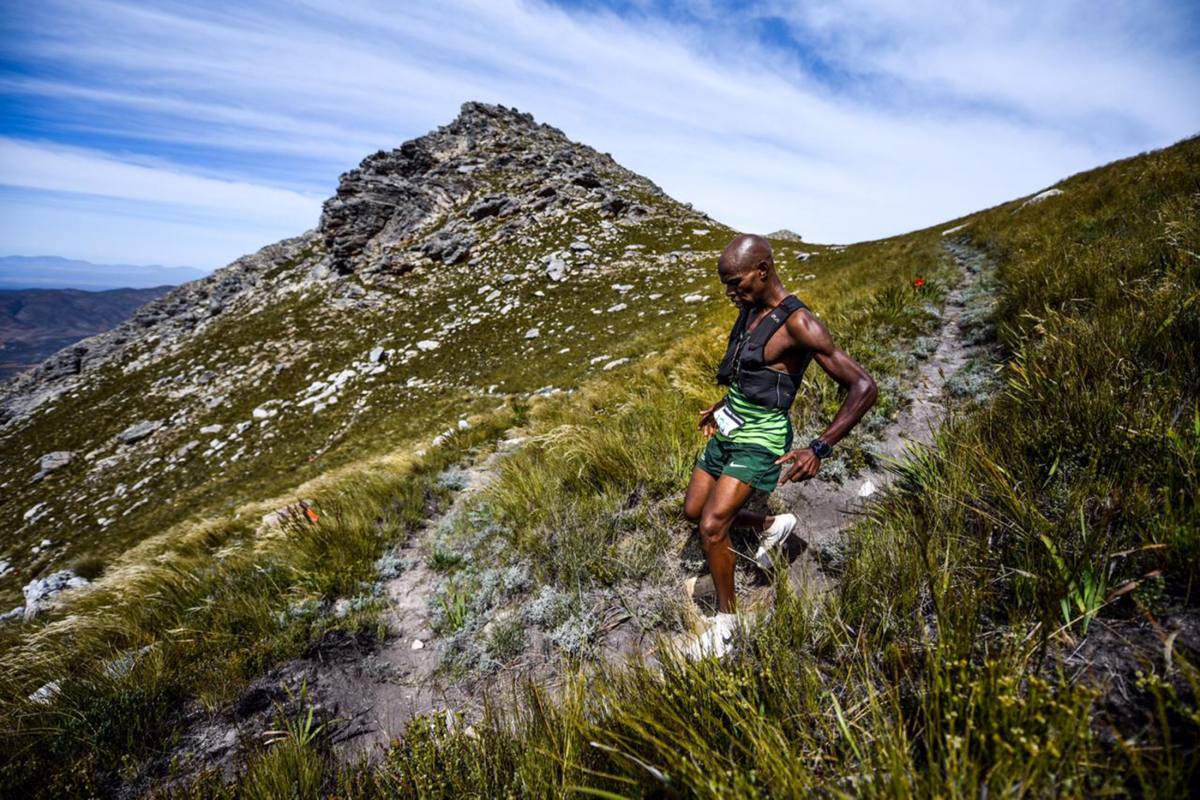 The well-known road and trail runner from Cato Ridge, Eric Ngubane, will be returning to UTCT having won the inaugural 100km event in 2014. After wins at the Karkloof 50 miler and the recent Dryland Traverse 3 day stage race, Eric is feeling confident ahead of the 100km UTCT: “My preparation is going well and I have been winning all the races I enter, so as long as I stay injury-free I feel I have a good chance at UTCT.”

Johardt van Heerden, who recently relocated to his home-town of Pretoria, has had a very successful year on the trails, most recently winning the Otter African Trail Run in an SA record time. He also 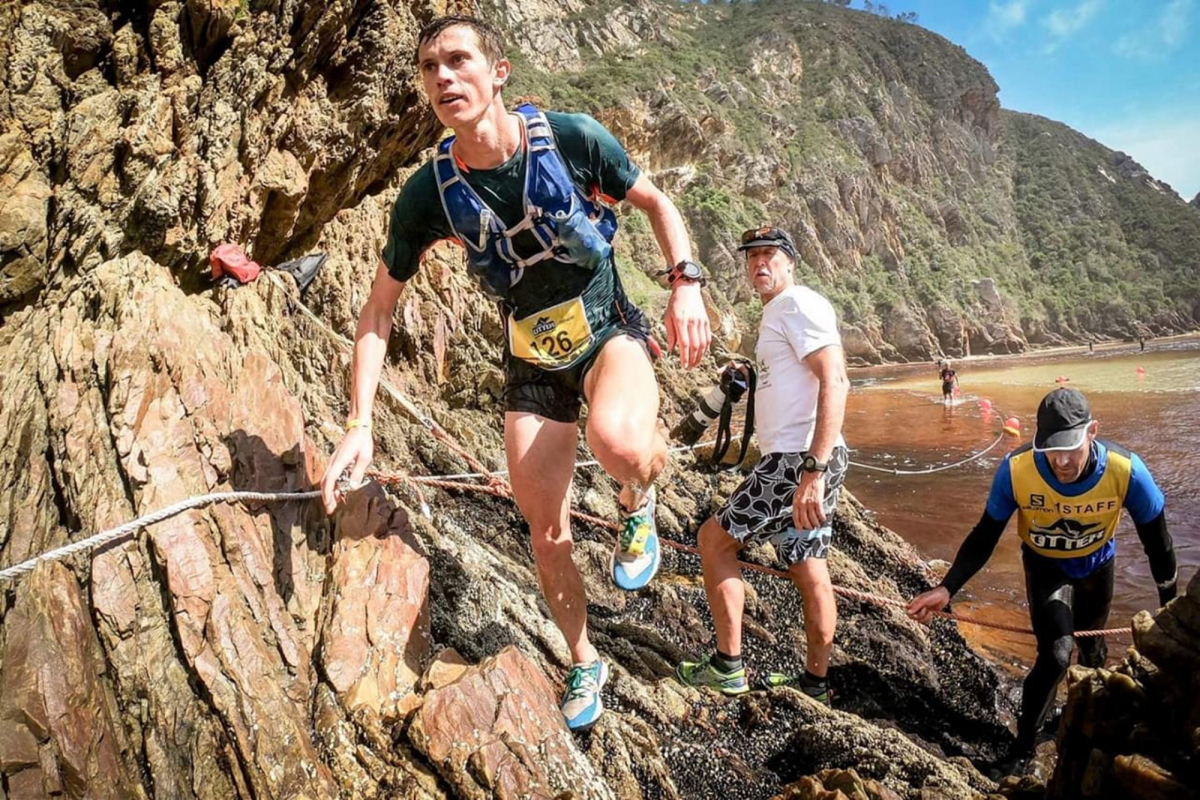 smashed records at Whale of Trail in August and in July at the Kruger to Canyon race, winning both titles. “I am definitely feeling strong and confident. I have recovered quite quickly from Otter and look forward to the last big training block before UTCT.

“I'm going into the race with no expectations at all, but preparing to risk it all and race up front with the internationals, especially Francois D'Heane who is one of the best ultra runners in the world and a big inspiration of mine. I think UTCT is held at such a great time on the SA calendar as it is a great race to end your season.” Stellenbosch’s Landie Greyling is no stranger to UTCT - she won the women’s 100km in 2016 and the 65km in 2015. Having given birth to her first child in September 2018, she came second in the SA Trail Champs only five months later.

Although she has had a stellar year on the trails, Landie is cautiously optimistic about UTCT:  “With my lack in ultras the last two years, 100km seems very far, but I am excited to give it a go!”

Pretoria-based Nicolette Griffioen is a strong contender in the Women’s 100km, and not unfamiliar with the route as she won the women’s event in 2014. Despite 2019’s focus being on completing her veterinary degree, she took first place in this year’s 100km Ultra-Trail Drakensberg and placed third at the Otter African Trail Run. 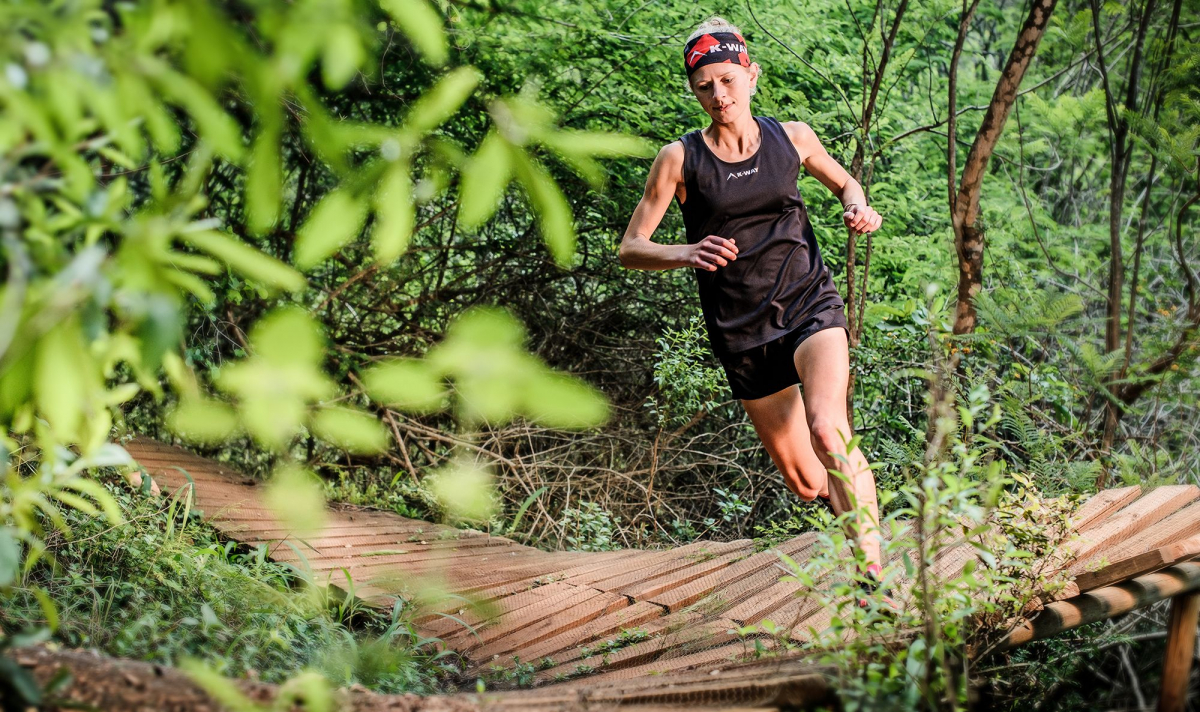 She says: “I think it's cool that UTCT is the last major trail event on the SA calendar. Having such a prestigious and internationally attended race gives SA trail athletes the opportunity to end their season on a real highnote. I'm really excited to race against some of the top international ladies participating. Even though I am not expecting a great performance, I'm hoping to just learn something from them - it's so seldom I have the opportunity to race overseas so it's great that SA can host a UTWT event.” 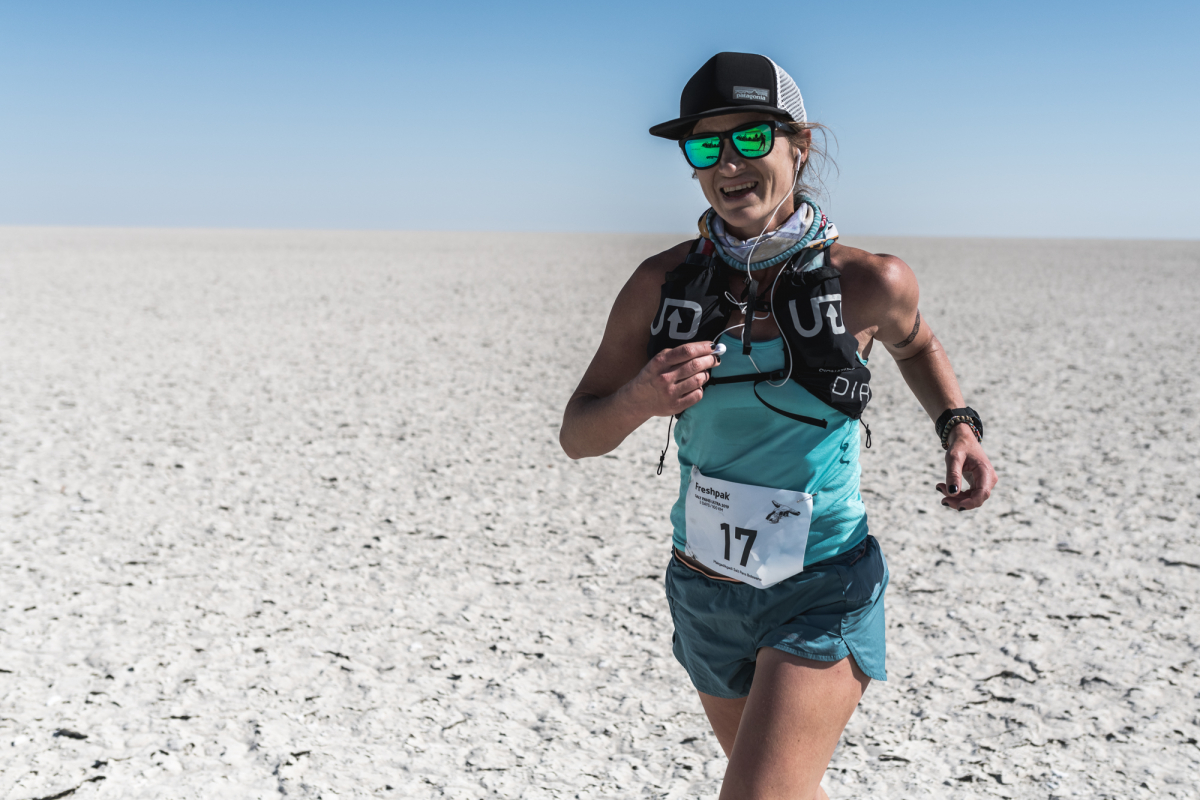 Naomi Brand is a full-time vetenarian in Cape Town and passionate trail runner, and is ready to compete in the women’s 100km this year. Despite glandular fever earlier this year she has achieved a podium position at the SA Trail Champs, and a first overall position and new female record at Ultra-trail Drakensberg 100 miler.  At the renowned Ultra-trail Mont Blanc 170km race she came 15th amongst the women.

“UTCT is a race that has international attention and puts you in an international arena. Wherever I've travelled overseas to race, trail runners know about it and want to race it. It's incredible to be a part of it!”

Speaking of the international women lined up to compete this year, Naomi says: “Those girls are incredible - my heroes. Just brushing shoulders with them at the start line will be a privilege. I do hope that some of their good vibes, positivity and strength will rub off in the process.”

Race Director Nic Bornman says the excitement is building to host both our local and the international runners: “We are privileged to again be part of the Ultra-Trail World Tour calendar and with the word spreading about the incredible route and Cape Town as a host city, we are looking forward to a bumper edition of UTCT.”

If you are in Cape Town there are many dedicated spots that you can support the athletes during their endevours, so check out the UTCT website and get out there if you can.