Submitted by Wildrunner on 27 September 2019

If you’ve spent any time with trail runners lately, you have probably heard the term “buying land” or similar. This does not mean that said runner has invested in a pretty piece of single track, it means that they have left some of their dignity, and perhaps some DNA, out on a trail. Wipe outs happen, and it is important to know what to do when you, or a member of your crew, has eaten some dirt.

“I had a bad fall recently on the concrete roads, near the dams on Table Mountain. It was because I was tired and not concentrating, and a group of hikers moved in front of me last minute, and I tripped on one. Moral of the story? Avoid that concrete road, it shreds you, and if you can’t avoid it then concentrate and lift your feet!” 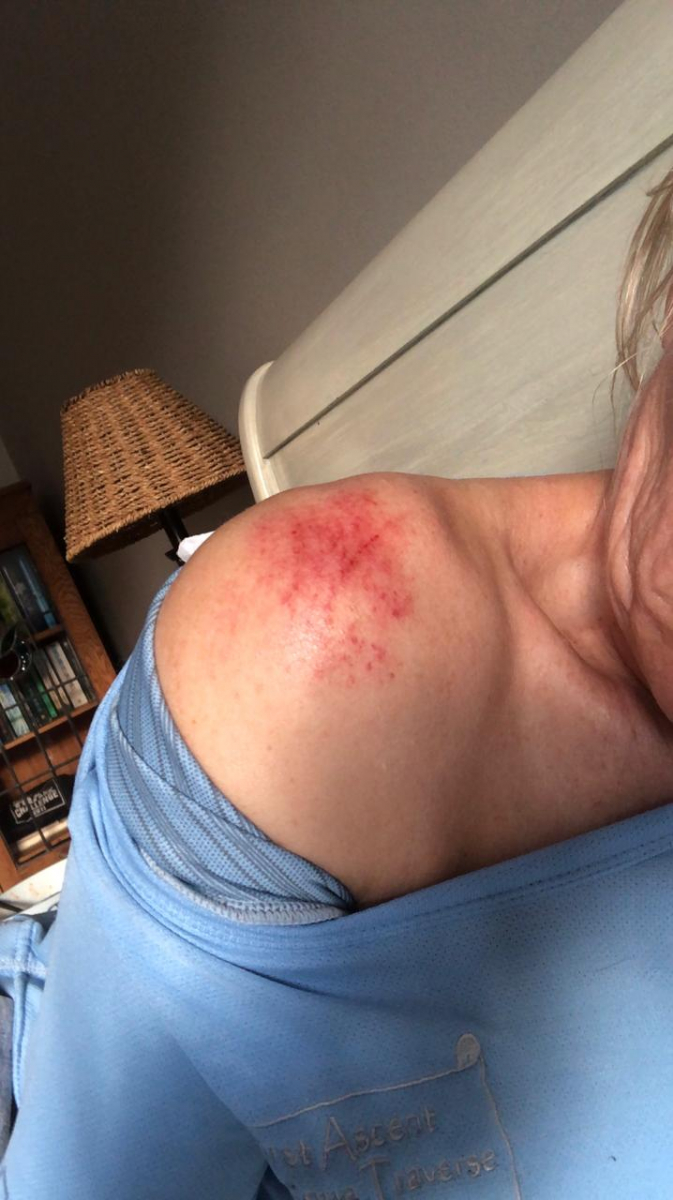 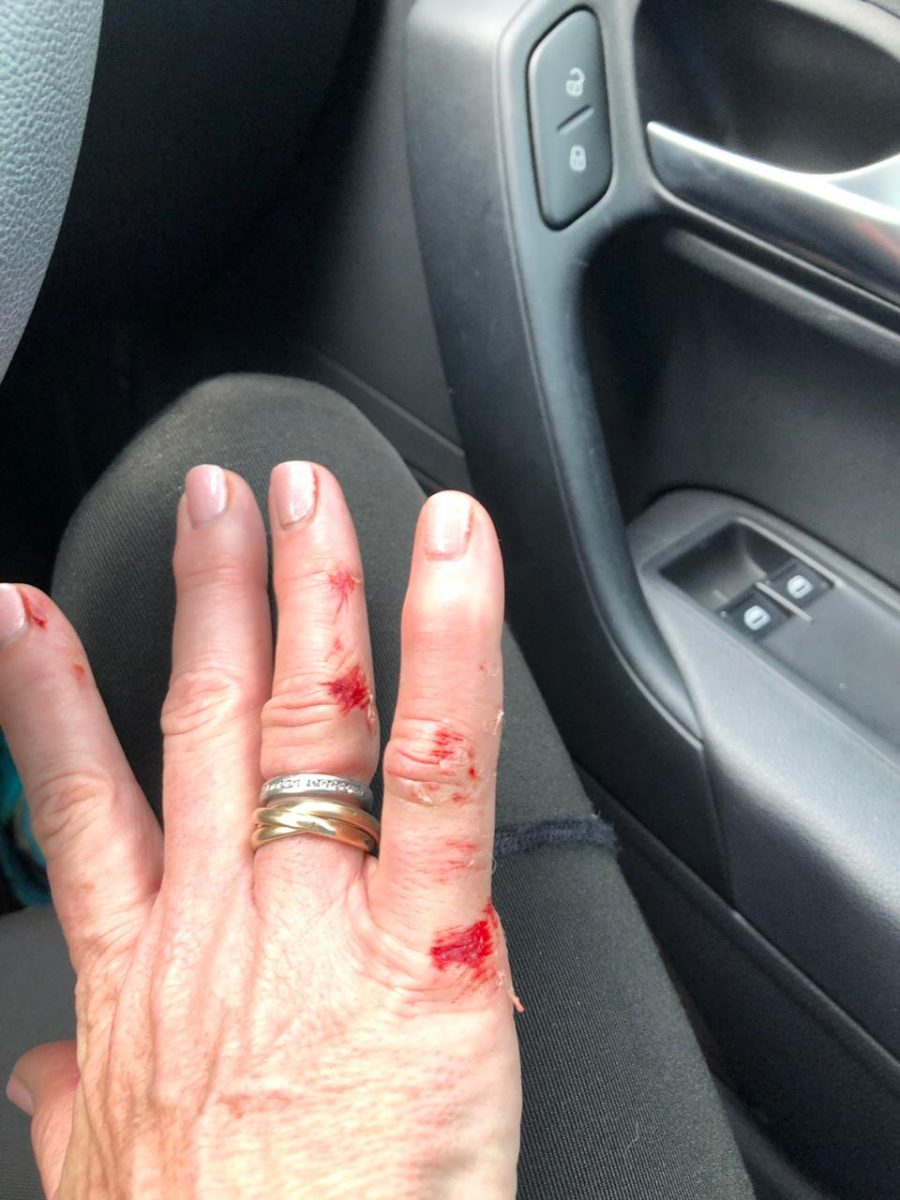 “I had a 30km training run and two kms in I slipped and took a tumble down a ladder and smacked my head on a rock. It bled for a bit then stopped so I decided to finish the run. Who cares about a bit of a headache, dizziness and nausea right? Then I went for a swim, did the grocery shopping and eventually asked my mom to just take a look. She lifted my hair and blood came pouring down. Seven stitches and a concussion later I realized what a dumbass I can be…”

“I had two funny wipe outs... one was as I spotted a gazebo at an aid station at JMC this year and while waving at the volunteers, a rock decided it was the right time to trip me... I dropped and rolled but luckily nothing was hurt except my pride.  I didn’t even want to stop for water because they all saw me go down.

The other one happened as I passed a race photographer at a trail race, I was so focused on smiling for the camera and throwing shakas up that I didn’t spot the tree root sticking out of the ground and met the earth with no elegance or graceful agility. Just a loud thud. Luckily for me the photographer wasn’t focused on what was going on behind him! 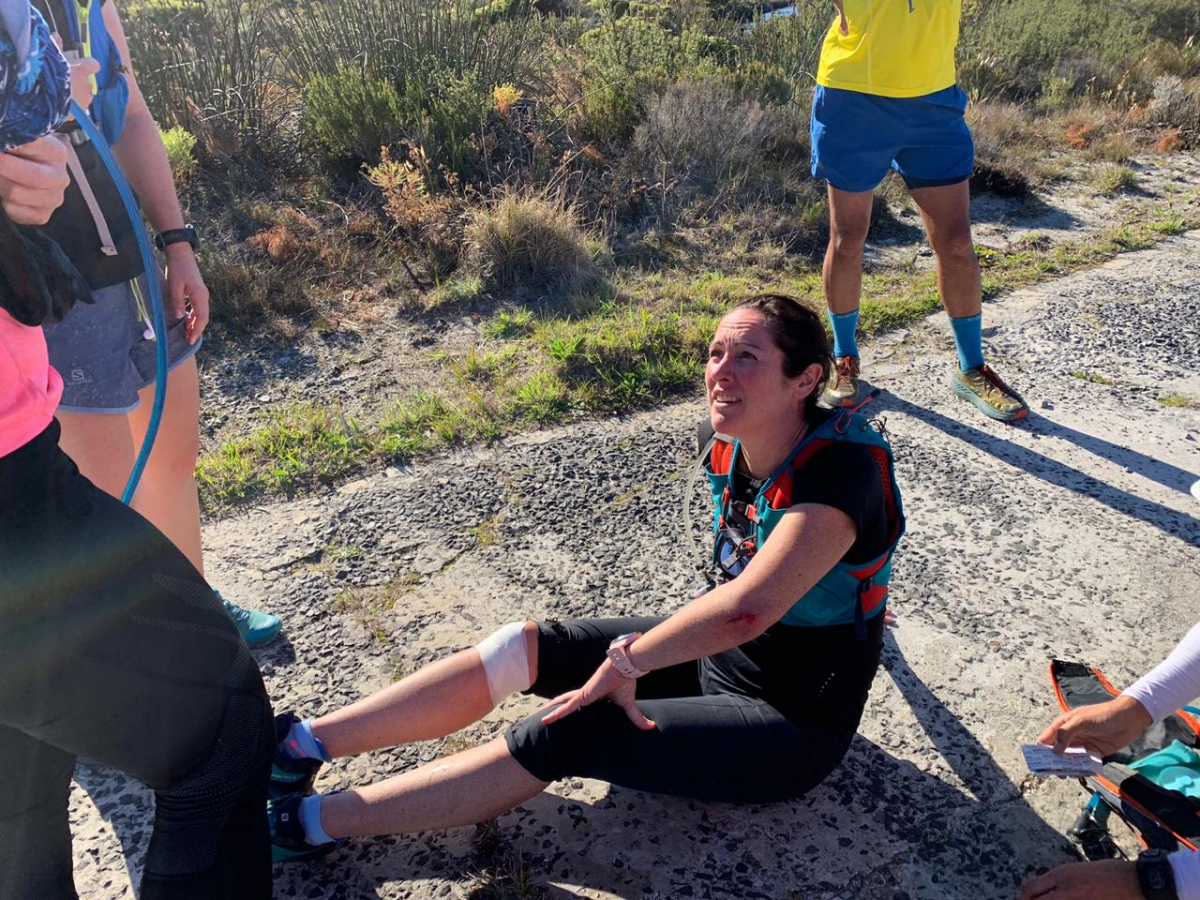 “I recently took a tumble on a gentle training run, because I was focussed on quite an intense conversation with my running friend and forgot to pick up my feet as we picked up pace. I went down so hard, I thought my knee cap had shattered. I turned on to my back and had a proper cry, which eventually turned in to laughter. There is that scary moment between your wipe out, and confirmation that all limbs are intact. Blood poured from both knees and one elbow, I had shredded my favourite running tights and I realised that I had not packed any first aid kit other than a space blanket and ankle strapping. Thankfully the crew with me were completely stocked on alcohol swabs, disinfectant gel, pain killers and bandages. I had to walk off the mountain, in quite a lot of pain and shock. It takes a while to regain your trail confidence after a fall like that. My scarred knees have a few stories to share.”

Trail tumbles can be entertaining and amusing, but they can also be serious. Focussed running is key, on technical or non-technical terrain. Lift your eyes to the trail ahead, rather than looking down at your feet, and know when you are at risk. Have the right medical kit, and save all emergency numbers for your area to your phone.

An article by Outside Online describes the science behind why we fall on trails.

Downhills are riskier. Just over 75 percent of the falls occurred during descents, compared to 20 percent on ascents and 5 percent on level ground. Several factors probably contribute to this: You’re going faster on the downhill, you’re pounding your quads with unfamiliar eccentric muscle contractions, you may have had a beer at the summit lodge, and you’re already fatigued from the ascent. (On that note, it would be interesting to find comparable data from, say, Grand Canyon, where the descent precedes the ascent.) This isn’t a big surprise, but it’s worth reminding yourself.

As Cape-based runner Suzie Germs likes to say, “If it draws blood, it's a good run!” which is debatable, but falling is certainly a rite of passage in trail running.