Submitted by Wildrunner on 25 September 2019

An iconic stretch of coastline, a long-standing course record, and one tenacious, talented runner. That is where this wild journey began.

In 2017, Marelise Retief joined an exuberant crew of runners for one of South Africa’s favourite trail experiences; a fully supported, three-day boutique running adventure along the Wildcoast. It was her first multi-day event, but her running pedigree includes a sub-3 marathon, a 1h15min half marathon, and numerous medium distance trail podiums. In her own words, she made all the rookie errors in the lead up. Her longest training run during preparation was just 25km. She knew very little about the unmarked route, and relied on a simple hydration and nutrition plan.

Day 1 is a 44.2km stretch of varied terrain, with a combination of hard-packed sand, grassy headlands and rocky sections. Marelise broke the women’s Day 1 record by 6 minutes, finishing 2nd between two French participants, Michel Yannick and Regis Maniora. Retief was whippet-fast, and confident of taking the overall course record. She had the 35,2km and 34km stages still to go, and it did not go to plan. On Day 2, Marelise finished first overall, but an unfortunate detour cost her the day course record. After a solid Day 3, Marelise took first place with a 57 second win over Regis Maniora. But it was not enough to take the course record, held then by Chantel Nienaber, and so Retief went back to the drawing board.

For the 2018 edition, Marelise battled injury, and her pre-race long runs were limited. But she adapted her hydration, nutrition and recovery strategies, which made the world of difference. Retief succeeded in bringing the women’s overall course record to 11:12:31, breaking Chantal Nienaber’s 2011 record of 11:31:30. She also set a new day 3 record of 03:15:49 - the 4th fastest day 3 time ever. The thorn in her side? She hadn’t managed to break the day 2 record… She simply had to return.

In 2019, Marelise managed to complete five 40km+ training runs prior to lining up. “Getting proper mileage on the legs, and staying injury free definitely made a big difference. Knowledge of the route also played a huge part. I compared my previous years’ routes and tried to find the quickest options.”

The 2019 edition of the Wildcoast Wildrun offered up sublime conditions. Minimal headwind, ambient temperatures and tides that worked in the runners’ favour. Marelise once again set out with the overall course record in mind, but her Day 2 demons had to be slayed.

“I went out from the get go to break the day 2 record. At check point 1, I was on schedule. Going up the first climb I followed the cattle tracks but a cross wind came at me and I decided to cut a bit more inland to avoid running on the edge of the cliffs. I did a bit of bundu bashing, but made it back on to the path that leads straight down in to the forest. I took a wrong turn in the forest, but was able to correct myself.

I became worried when I emerged from the forest, and saw that I was behind schedule. It got worse… I couldn’t find a path back on to the beach and began panicking.  At the last river crossing, the current was strong and I had to swim through. The current pulled my right leg to the side, it felt like my adductor muscle wanted to cramp. I’ve never experienced anything like that before! It hurt like hell! At 28km I thought, it is ok, you can come back next year and target day 2 again. But as soon as I hit the beach I decided there was no way I had worked so hard for 30km just to give it up. I gave it all I had and felt so strong on the last 5.6km.”

Marelise maintained a pace of around 4min/km on the tricky last stretch to take the day 2 record to 3h15min09sec, smashing 3 minutes and 4 seconds off the 2011 record. The demon was slayed.

By the end of day 3, a jubilant Retief held the new Wildcoast Wildrun record of 10:42:22, for 112km of magnificent Wild Coast. She credits this success to a change in coach mid-January, increased weekly mileage including speed specific intensity sessions, and 3 strength training sessions each week. 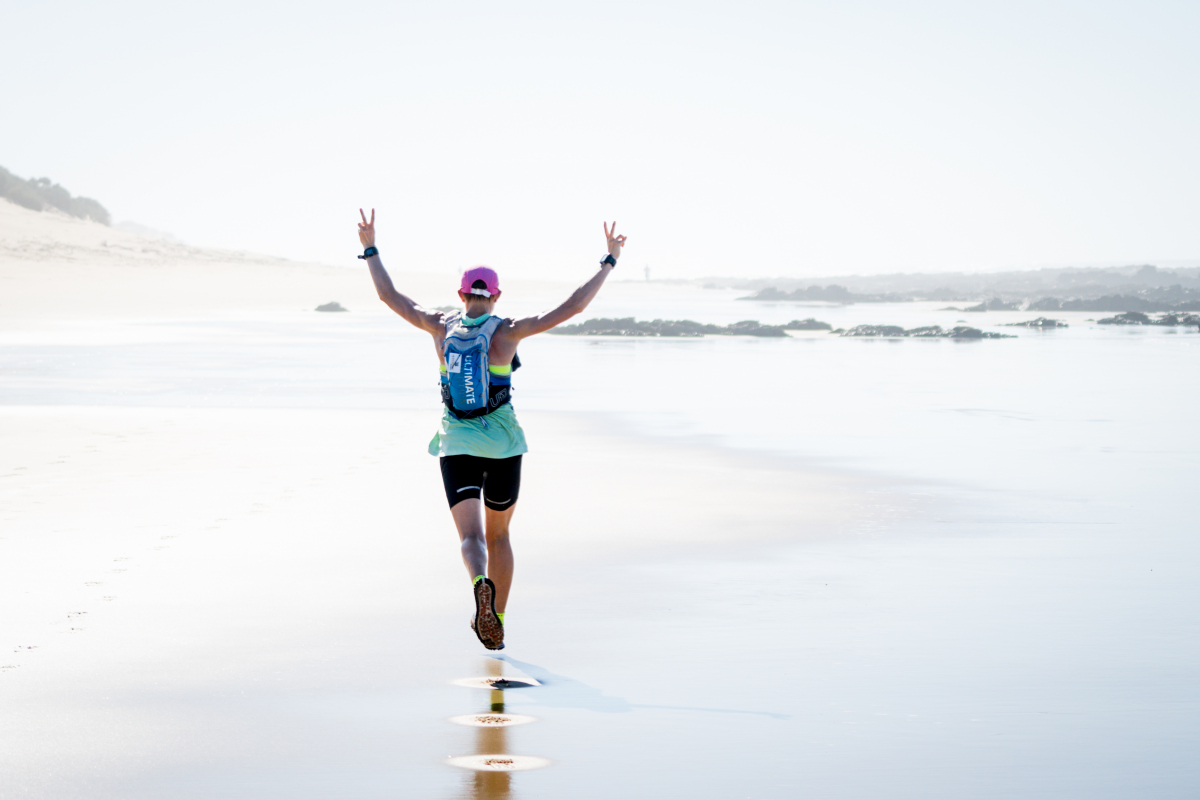 Marelise is going to give a sub 10h30min a go in 2020, but she also has some exciting road marathon goals on her carefully calculated To Do list. She is absolutely sold on stage racing, and has certainly made a name for herself in this arena.

Entries for the 2020 edition of the Wildcoast Wildrun open on 27 September via www.wildrun.com

Join Marelise and become part of a life-changing journey between Kei Mouth and Hole in the Wall.