To Lion, or Not to Lion? | Wildrunner
Skip to main content

To Lion, or Not to Lion?

Submitted by Wildrunner on 11 March 2019

Regular mountain users were encouraged and relieved to receive the news that the iconic Lion’s Head would be closed to all for much needed maintenance between 7 January and 15 February this year. Everyone had to find new places to get their ultimate sunrise yoga Insta images while a professional crew took care of trail erosion, metal work and other pressing issues on and around our popular old lady.

On the 27th of January, we looked on in despair as the Lion went up in flames, and fire fighters battled to contain a wildfire on her slopes. Official statements indicated that we would wait a little longer than anticipated for the trails of Lion’s Head to reopen. On 1 March SANParks declared the Lion safe and ready to welcome visitors and mountain users, although certain trails remained cordoned off; these were reportedly demarcated via signage.

Our celebrations came to an abrupt halt just 2 days later, when the Table Mountain Watch group posted the following on social media: “We are putting a warning out to avoid using the Lions Head trail until experts declare it safe again.”

Images of highly questionable welding work accompanied the statement, and mountain users were left unsure of whether to return to the trails of Lion’s Head, or stay away until further notice. 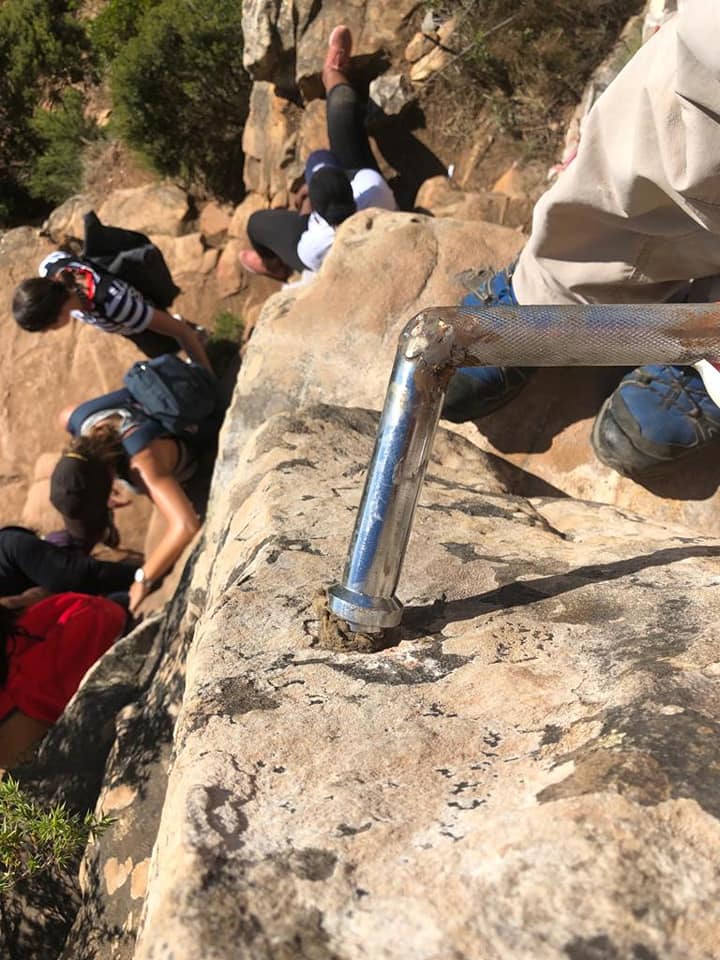 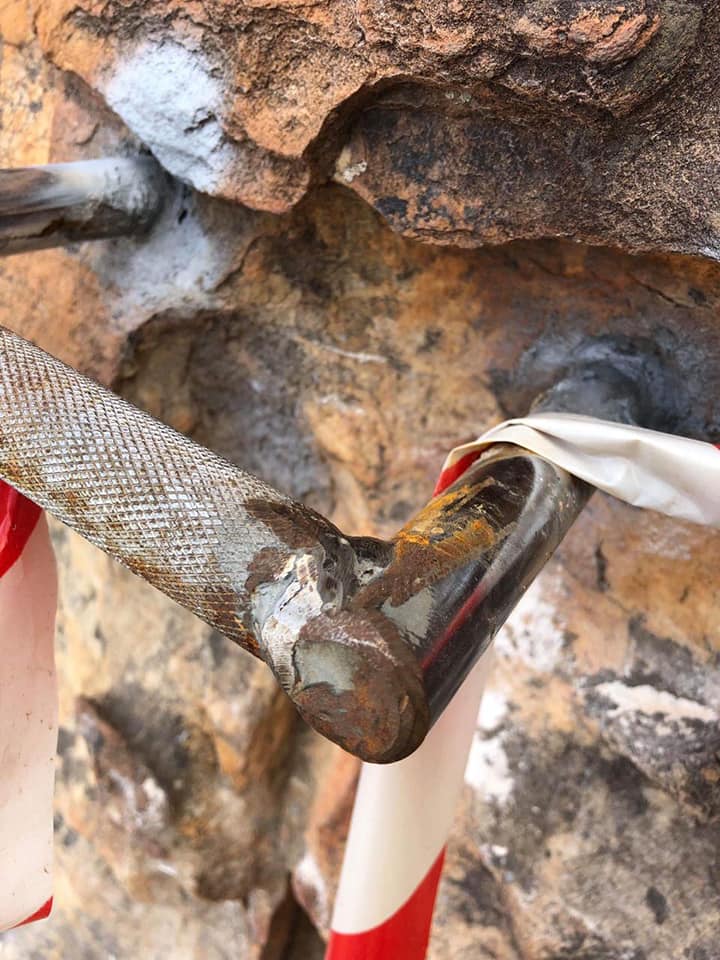 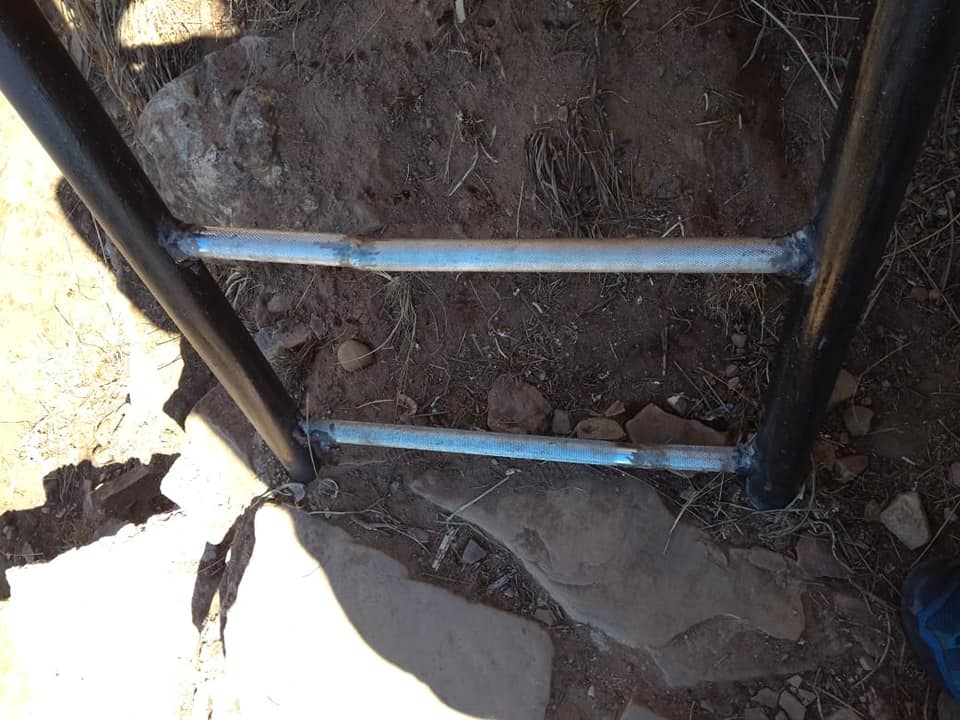 SANParks released the following statement on the 5th of March:

“Following the recent concerns on social media related to the usage of certain sections of the Lion’s Head within the Table Mountain National Park, SANParks would like to confirm that the sections in question are not open to the public due to the fact that we are still assessing the work that has been conducted.

“With the recent fires SANParks had to delay the opening of Lions Head, and we’ve subsequently reopened the footpath section leading to the summit where maintenance work was successfully completed,” says SANParks Head of Corporate Communications - Janine Raftopoulos. 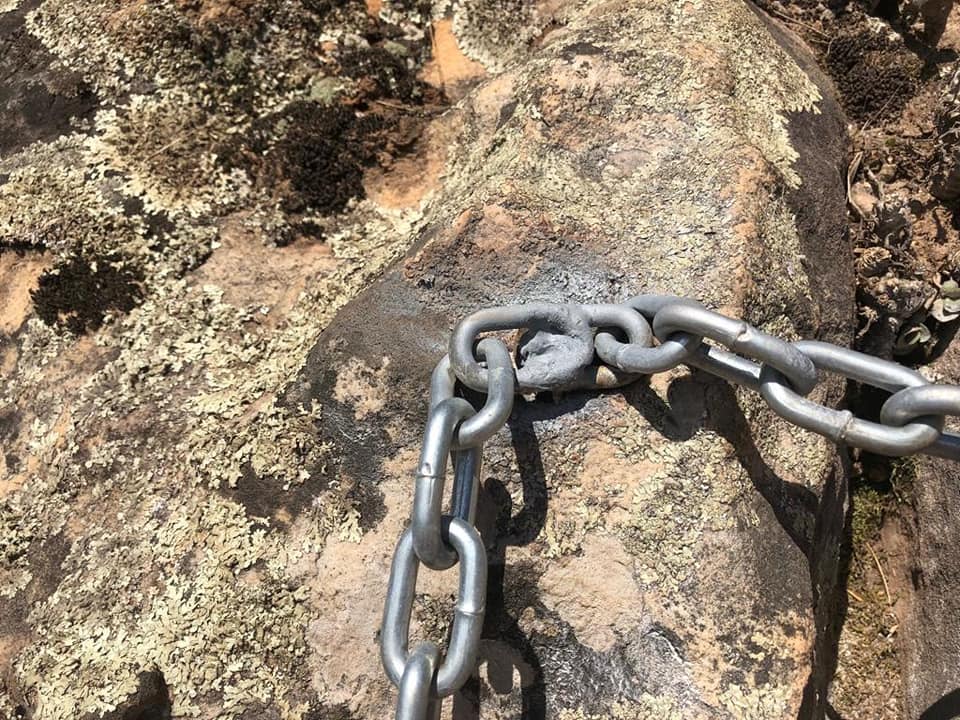 Raftopoulos goes on to say that, “Visitors have posted images of the sections that are not yet opened to the public and they should not be accessing the area. We will ensure that the closed sections are certified safe before reopening them. We also want to reassure members of the public that standard procedure is to conduct safety checks before the area is reopened.”

SANParks requests that all visitors comply with the signage on site and use the existing or spiral pathway to reach the summit. “As it stands now we have discovered that patrons have gained unauthorized access to the cordoned off area and are not adhering to the signs to stay out of the area, further posting these images on social media; concluded Raftopoulos.

Anyone accessing the unauthorized area does so at their own risk and may be liable to a fine. SANParks would also like to thank the public for their patience during the rehabilitation work that occurred on Lion’s Head.”

But Table Mountain Watch countered this statement with the following response: 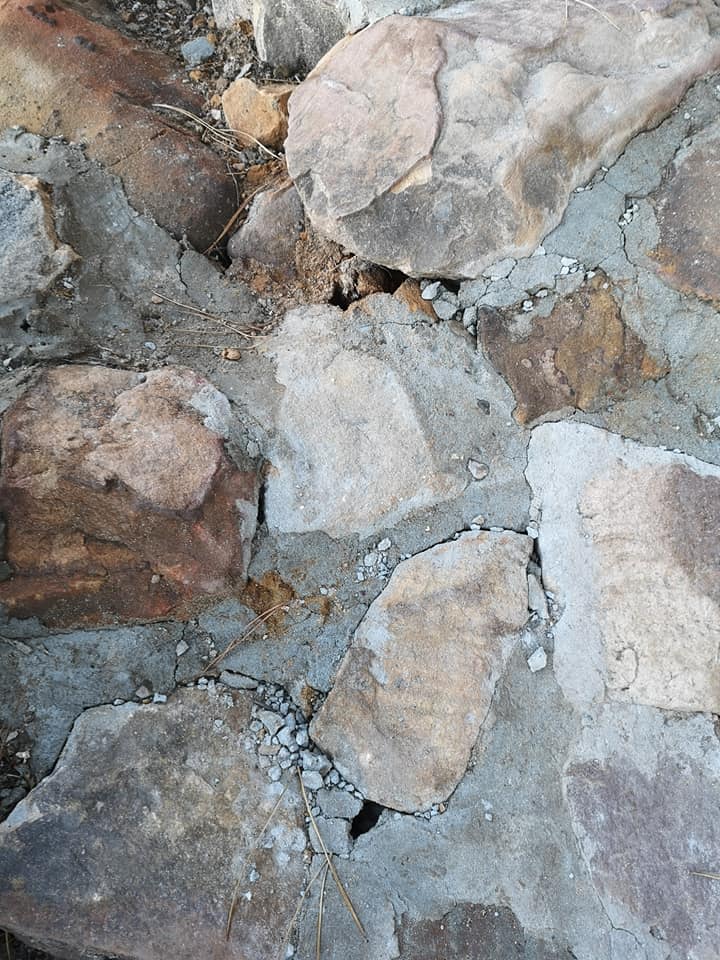 “Honestly cannot endorse the work done on Lion’s Head. The trail should be closed, urgently assessed and all issues fixed and completed. Not just the cordoned off area. We checked areas NOT in the cordoned off

area late yesterday, while 100 plus people happily went up and down. Some even using the cordoned off area. Not much in place to really stop anyone.

An injury happened to occur as well, where a walker needed to be driven off by rangers and an ambulance called.

Rather just stay away until everything is fixed.” 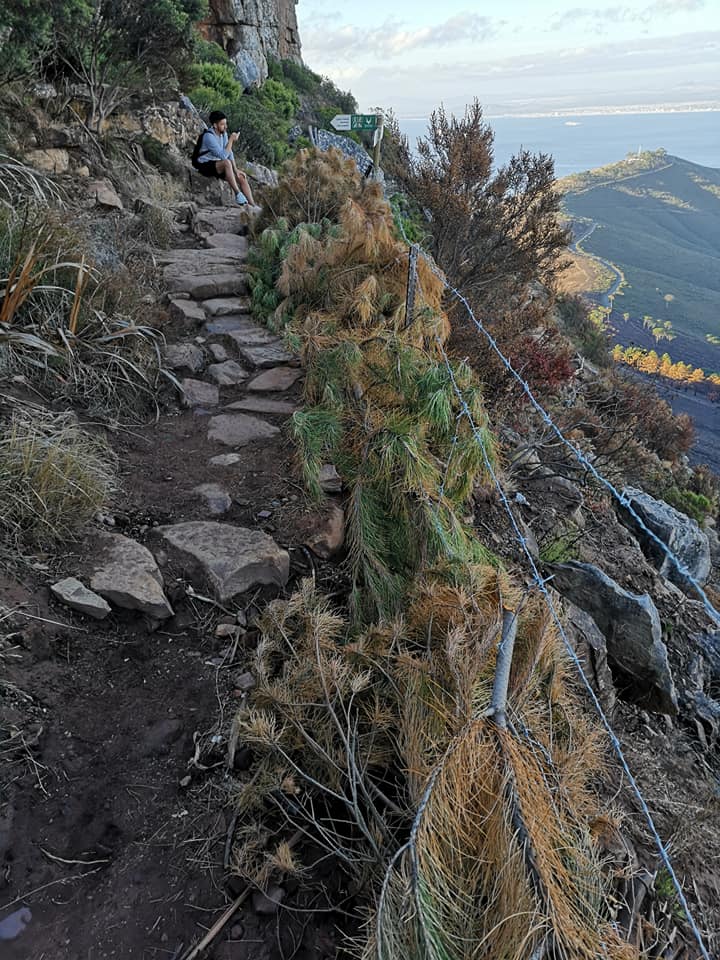 The City of Cape Town also came under fire on Twitter and other social media platforms, but it must be noted that Table Mountain National Park falls under national government, and the City has no say when it comes to the management or maintenance of these areas.

Every element of mountain exploration carries inherent risk, and as regular mountain users we should all be patently aware of the risks, and tuned in to environmental changes that exacerbate such risks. It would be naive at best to blindly trust trails and paths without applying situational awareness at all times. It would seem that one of our greatest tourist destinations has fallen victim to inexpert workmanship, and we would be well-advised to use alternative trails until the community, as a collective, deems this area safe again. Thankfully, we are spoilt for choice in other areas of Table Mountain National Park.

We wish our grand Lion well in her journey back to optimal health, and look forward to celebrating a true reopening in the not too distant future.