Submitted by Wildrunner on 14 January 2019

South Africa is experiencing a growing celebration of our favourite trail running stars. You have only to glance at the Instagram following of names such as Ryan Sandes (57 000 followers) or Landie
Greyling (18 200 followers) to know that the trail community is big on supporting familiar names, and following their journeys. If you were in the audience during the 2018 Ultra-Trail Cape Town elite
athlete round table, then you were one of a few hundred left with goosebumps as Prodigal Khumalo was welcomed to thunderous applause. 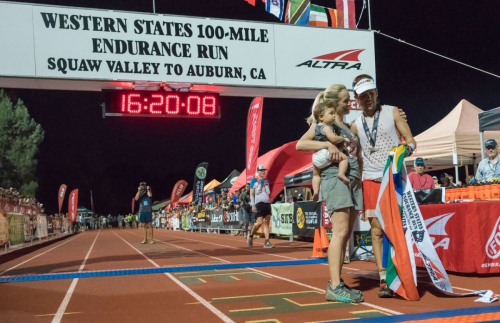 In recent years, we have also seen an increase in the number of international runners competing in South African trail events. Was there a saffer trail runner alive who did not get a selfie with Kilian
during the Golden Trail Series finale of 2018?

Sponsorships, ambassador programs and elite athlete coaching are also on the rise, although the vast majority of our top trail runners will tell you that making a career of trail running is near
impossible, and budgets are visibly constrained within locally represented running brands. As the rand wobbles and falls as a regular occurrence, so too the marketing of international brands
shimmies down the pipe. Well-known runners flick flack between brands who offer them little more than free shoes or a couple of jackets at a time. It can be a little dizzying to watch the quick switches
between hashtags. That said, very few brands offer to cover race entry fees or pay retainers that make it worthwhile for runners to do the hard yards with them.

So where exactly lies the value of our trail elites, and what drives them to continue training, racing and giving their all to building their personal brands? How fickle is our support of their podium
placements, and are we all reading their tweets and blogs as they rise, fall, conquer, fail and rise again?

Race organisers are particularly curious to understand the value of elite runners, in the context of free entries and invitations. As recent trends indicate, many of the podium finishers at premium
races quietly paid their own way to be there. Every trail organiser in South Africa gets free entry requests, and many of these come from top-placing runners with sponsors. When is it considered appropriate to hand out free entries, thereby guaranteeing prime exposure for the athletes’ sponsors on podium and in press material? Is it fair to push the requests back at sponsors? Other than the previous years’ winners, how many should be invited to participate at no cost? And what should a race organiser expect in return for invitational entries?

We asked some of the non-elite runners whether the presence of top names at trail races affected their willingness to participate.

Sean Robson, runner and event MC: “I am not really that phased either way. I am more likely to enter races my mates are in #fomosean”
Mo Khalpe, Cape distance runner: “Definitely not. For me, entering a race is about achieving a particular goal or just enjoying myself out there. If an elite athlete is in the same race as I am, it’s
not going to get me to the finish line.”
Mikaela Rijkmans, Cape road and trail runner: “Doesn’t matter to me at all. I enter a race to have fun.”

Nicki Hill, Cape road and trail runner: “Prominent names on trail or road don’t draw me to a race – I often go for the road trip, the possibility of new terrain, running with mates and the reward of
good food and some beer afterwards!”
Sean Falconer, runner, event MC and journalist: “As a socialite back-of-pack runner it makes no difference to me – I only see the elites briefly at the start and later at prize-giving. I will enter the
races for views and camaraderie. In contrast, as a running journo, I know that big names can bring the event publicity and news coverage, which is great value-add for sponsors, so having elites is
good from that perspective. And gives us journos something to write about. Similarly as a commentator, having elites in the race gives us something more to talk about, other than just,
well done.”

So the big names don’t draw the runners in, but they are part of the tapestry of the event in terms of publicity. Telling the story of an event, be it on the mic, over social media or in a post-race press
release is made that much more exciting when well-known athletes feature. Photographers love the big names as they are likely to gain more traction when the race albums go live, and there is no
doubt we all love to look at the times achieved by the sharp end and marvel at their speed whilst sipping a beer and comparing war wounds.

But there are no free lunches, and race organisers are facing increased costs with simultaneous pressure to pull off events that meet all safety and quality criteria. This is not a time to cut corners as
far as event management is concerned, so the conversation around “what we can expect” becomes pertinent.

Is it fair to ask an elite runner to guarantee some kind of race report or post-event comment? Should the top runners form part of the build up to the race by attending recce runs or posting some tips for
the amateurs of the field? Content for press releases, comments on new routes and encouragement to enter are all tangible ways that popular names can add value.

This is relatively new ground in South Africa, as trail is now producing formidable, recognised talent and our runners are indeed holding their own on a global stage. It is fair to say that this is more than
a two-way street; that our runners need and deserve the support and celebration of the running community as well as sponsors and partners. That races should factor in a fair number of entries for
both elites and development runners, and that runners with a following would do well to support the efforts of race organisers who continue to roll out world class events in a strained economy.
As a priority, we should all be working on ways to lead with integrity and stand firmly with the principles that have always underpinned trail running; freedom, authenticity, exploration, tenacity
and perseverance.