Edson Kumwamba is no stranger to the Cape’s trail community. You’ve seen his cheeky grin and speedy ascents and descents in races such as our Jonkershoek Mountain Challenge, or BatRun, PUFfeR, AfricanX and Ultra-Trail Cape Town. He is a force on the trails, in addition to being one of the friendliest guys out there, and he frequently finds himself on the podium. Edson literally sprung on to the South Africa trail scene between 2014 and 2015. His story is one of hard work, hope, and the dream of a mother.

We asked Edson about the path that lead him to loving singletrack.

“I grew up in a remote village beneath Mount Mulanje in the Southern region of Malawi. This beautiful, big mountain was nicknamed “The Island in the Sky”. I completed primary and secondary school here. I had to walk or run a distance of 8km to and from school each day. When I was nine, my mother started taking me to watch a race that took place on our mountain once every year in July. White people were rare in our village; my mother used to say “Let’s go and watch the white people running!” After two years of going with my mother, I started going alone. I began following the runners to see how they ran. When I got to the top of the biggest climb I would be tired and hungry, so I ate fruits from the trees there. I went there for 8 years, and my friends started joining me. We had a competition to see who could run to the top first, because the one that got to the top first could control those trees and the fruits!

When I started secondary school, I concentrated on soccer. I was good, I became the school captain. I went to technical college in 2009, where I studied welding and fabrication until 2011. Then I started working at a construction company where I met a guy who told me that if I went to Cape Town I could get a welding job. So in 2012 I came to Cape Town. I stayed in an informal settlement for 8 months, which was the hardest time I had in the Cape. I was robbed a lot, and I did not feel welcome.

My first job here was a dog trainer and walker! I was training Rottweilers. I did this for a year, until 2013. Here I met another guy, Nicholas Balcomb. He asked me to come and work for him in his house in Clifton, to look after his Rottweiler and to do some gardening for him. After a month of working for him, he suggested that we run in the mountain. He reminded me of something my mother used to say. There is no place as beautiful and peaceful as the mountains, because mountains don’t need paint for decoration. The green of a mountain shows you the love of our God. Nicholas said I ran well, and he suggested that I start racing. I was so excited. He entered me in the Lions Head Challenge in 2014. I arrived 15 minutes late, but I came 6th. I realised I could do more.

I won the Lion’s Head Challenge in 2015. Here I met my friends Jade North and Wesley Dewing. They have helped me a lot, to become a known runner and to get in to other races. Jade has driven me to many races that were far from home, and she introduced me to a new network of running friends. When I had to return to Malawi, and I could not come back  to the Cape, Jade helped me to find my way back here and continue racing. My best running moment so far was PUFfeR in 2015. I will never forget that race. I ran it with passion, peace and love, even when I got very lost and dropped out of the top 3. I had my new running family at each and every aid station. People knew my name.

In 2016 I met Charles Pettit from Stellar Capital Partners, and he became my sponsor. He helped to find me a job at Gabriel, and Gabriel also became involved in my running. They have bought me a running watch and other gear.

I have a lot of advice for young people with running talent. Wherever we are and whatever we do we must stay positive. Even if there is no financial assistance, show that you can do it, and put in as much effort and passion as you can. Then the rest follows naturally.

My running dream is to race overseas. Maybe the race in France, the Mont Blanc. Any 100km race overseas! Then I will have fulfilled my mother’s dream” 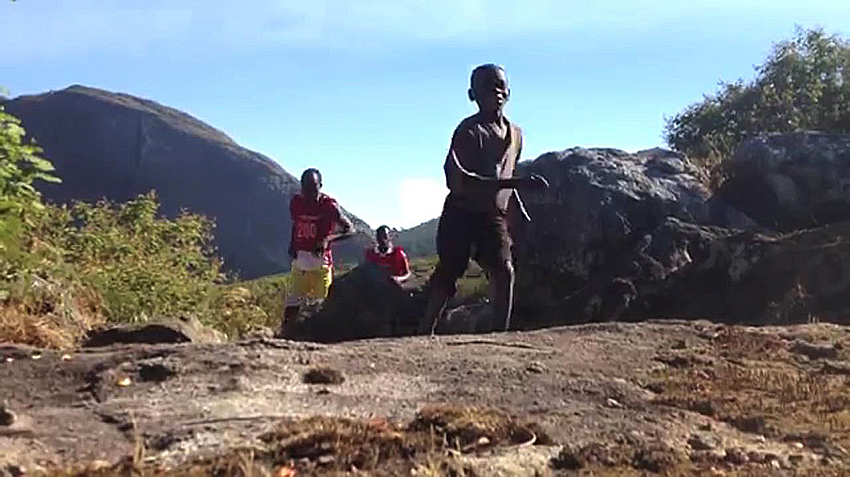 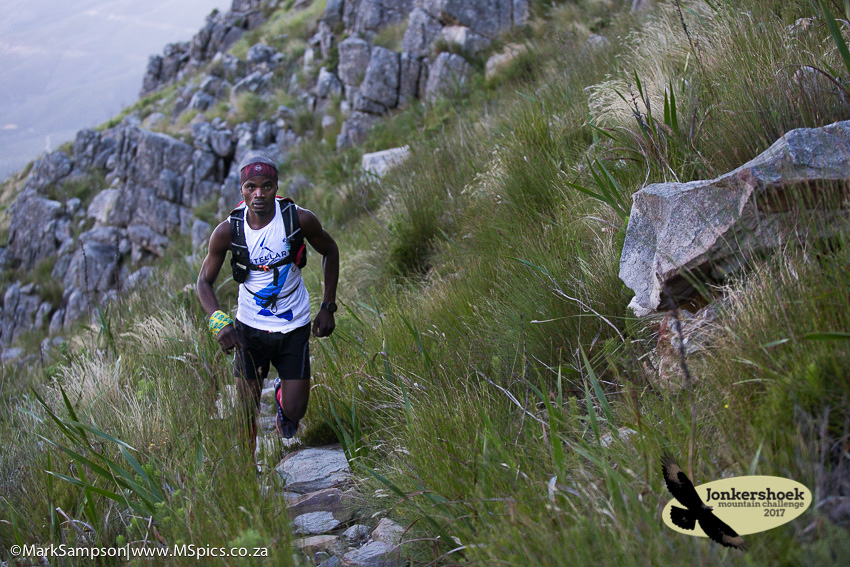